What a joke – The Torah is not up for sale! 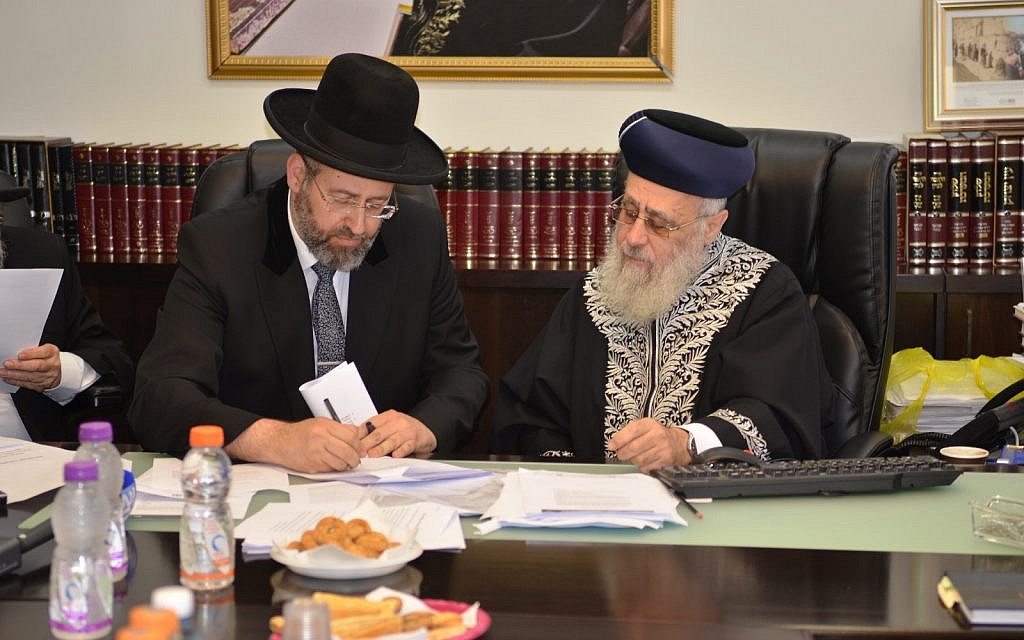 Ashkenazi Chief Rabbi David Lau (L) and Sephardi Chief Rabbi Yitzhak Yosef convene an emergency meeting against a new proposal to overhaul the conversion to Judaism system in the country on June 3, 2018 (Courtesy of the Chief Rabbinate spokesperson)

A slim majority of Jewish Israelis, 52 percent, say in a poll they believe the state conversion process for non-Jews should be “more welcoming and lenient in order to enable more potential converts to join the Jewish people.”

A large majority, 71%, say they back the IDF’s conversion process for soldiers who wish to convert to Judaism. Nearly half, 45%, support the program’s expansion, according to the latest Israel Democracy Institute Israeli Voice Index survey, released today.

Israel’s state conversion system has been a politically divisive issue since as many as 300,000 non-Jewish family members of Jews moved to Israel during the great wave of immigration from the former Soviet Union in the 1990s.

Many of these Russian-speaking Israelis have lived their lives as Jews and have no other identity, but encountered difficulties converting to Judaism in Haredi-controlled state rabbinic courts that have demanded stringent Jewish observance as a precondition for conversion.

Asked who they believed should determine a person’s Jewish status for the state, 36% said it should be a “yet-to-be established new government conversion agency,” 32% sided with the Chief Rabbinate, and 17% backed “private conversion courts for each of the religious streams – ultra-Orthodox, Orthodox, Conservative and Reform.”

Israel In the News